Get fresh music recommendations delivered to your inbox every Friday.

Welcome As the Flowers in May 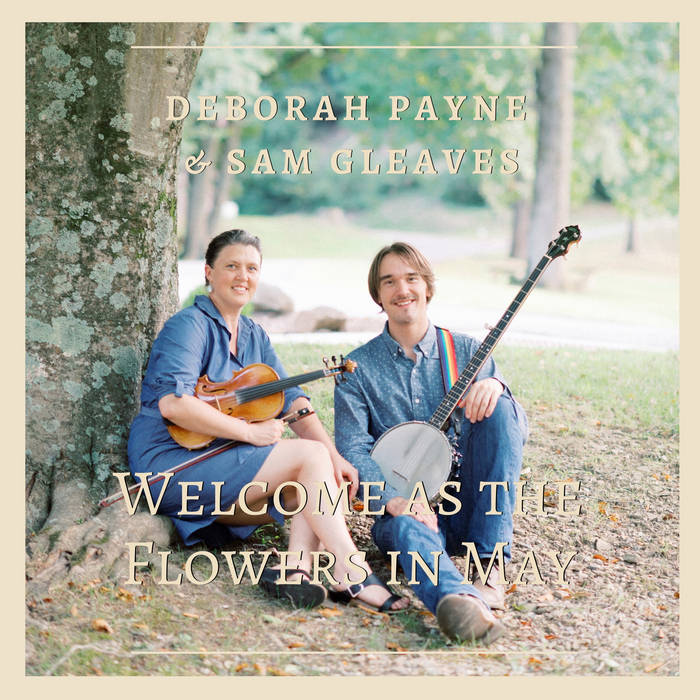 dbradber What a lovely song for Deborah's mother's memory. The whole album is just beautiful. ♡♡

ABOUT DEBORAH AND SAM:

A shared love of traditional music brought Deborah and Sam together. Deborah was born and raised in Berea, Kentucky, a small town at the foothills of the Cumberland mountains. Sam grew up in Wytheville, Virginia, a small town at the foothills of the Blue Ridge mountains. Deborah and Sam were immersed in folk music and dance communities and began playing music early in life. Both studied at Berea College and performed with the Berea College Bluegrass Ensemble, directed by Al White. The Berea music community gave the central threads of Deborah and Sam’s musical partnership, and much of the repertoire on this recording was gathered in Berea. Deborah and Sam began performing together in 2013. Separately, they have performed all over the globe and together, they have played concerts and festivals throughout the U.S.A. In 2016, Deborah and Sam collaborated with acclaimed writer Silas House as part of the folk opera IN THESE FIELDS, commissioned by the Southern Foodways Alliance. This is their first recording as a duo. For more info., please visit www.SamGleaves.com and www.DeborahPayneMusic.com.

“Ezekiel Saw the Wheel” is from the singing of Sparky and Rhonda Rucker.

Deborah learned "Hawk’s Got a Chicken and Gone” from Belle Jackson, who learned the tune from Lily May Ledford.

"Blessing” is part of the folk opera IN THESE FIELDS, a collaboration with writer Silas House that was commissioned by the Southern Foodways Alliance.

Our version of "Sweet Rivers of Redeeming Love" comes from the McLain Family Band. We are overjoyed that Ruth McLain sings and plays on this recording.

“She Rang the Bells” was written in memory of Deborah’s mother, Marlene Payne.

“Jubilee” is a play-party game song from the singing of Jean Ritchie and the Ritchie family.

“Welcome as the Flowers in May” is dedicated to Sheila Kay Adams, Bobby McMillon, and Larah Helayne.

"Churchill's" was written for Mary Ann and Bill West in celebration of the Churchill Weavers building in Berea, Kentucky.

"Blessing," "Rachel's Song," "She Rang the Bells," and "Welcome as the Flowers in May" written by Sam Gleaves,
published by Fabulachian Music, ASCAP, 2019

Born and raised in Wythe County, Virginia, Sam Gleaves performs innovative mountain music with a sense of history. Sam carries on the ballads, dance music & storytelling he learned from mentors in the Appalachian tradition and writes poignant new songs that tell the region’s contemporary stories. Lee Smith calls Sam “the best young songwriter around -courageous as hell and country to the bone.” ... more

Bandcamp Daily  your guide to the world of Bandcamp

Damu The Fudgemunk shares his recent collab with Def Pressé, plus jams from Common and more